Out Of The Mouths Of Babes

It wasn't until after Church today that I realized it would be my last fast and testimony meeting in the Georgetown ward before leaving for BYU Idaho.

The spiritual significance of the day, however, was quite clear to me. Especially when a certain boy named Jakob, no more than 11 years of age perhaps, happened to suddenly appear at the podium. I was immediately drawn to where he was standing. Oh, you could see it in his eyes.

It wasn't one of those deals where a parent prods his or her little child to get up and bear their testimony so that they can get used to doing so in Church. No, he had gotten out of his seat next to Bro. Tew and walked right up.

And what he said struck me to the very core. He was just so genuine, you could feel it in the way he talked, the look in his eyes, his animated movements. He simply bore a short testimony of his gratitude for his eternal family and for those in the ward. That's it. No fan-fare.

Tears welled up in my eyes, and they do even now as I think about it. If there's one thing I'm going to remember when I'm away from my home, it's that.

Thank you, Little Tew. Thank you, and God Bless you. 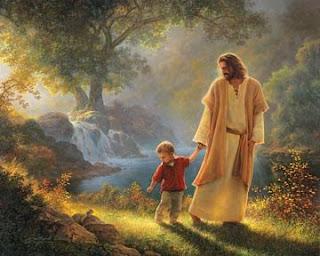