Of Temples and Trials

So it's been a long time since I've posted here. Almost three years, in fact! And as you might have imagined, a lot has happened in those few years. And I mean a lot, so much that I don't think I could remember all of it and put it all in one entry! So to sum up what's happened to me:
And now I am back here at BYUI! It's been a little over a week of being here and I have been able to settle in rather nicely. There has been much growth and change on campus and yet many things that have stayed the same (and both are good!). One of the many things I have been grateful for here at BYU-Idaho has been the fact that there is a temple so close to the campus. I remember not too long ago talking about my experiences in the Rexburg Temple and my feelings towards this particular temple are still strong, even more so now that I have been through the temple for my own endowment and have grown in my appreciation for its hallowed walls and the sacred ordinances that are performed therein. Now there is a reason for me bringing this all up.

Transitioning back from mission life to home life, and then from home life to school, always has its challenges, challenges which I will likely get into in later blog posts. I have been working really hard to stay on top of my studies this semester, to stay one step ahead so to speak and to do even better than I had done in my previous stay here at BYU-Idaho. I would like to think that overall I have been able to do just that in this first week, but with that effort can come a certain amount of stress as well, coupled with the fact that I am away from home again after having been with my family for a whole year. Now it isn't the first time I've been away from them, but it is never easy to be away from the ones you love, though it is a sacrifice I know I need to make for not only my well-being but theirs as well. Anyways, all the stress and burdens of this week were just seeming to catch up with me yesterday. I had just recently been called to serve as the second counselor in our ward's elder's quorum presidency and so that only compounded my worry and feelings of inadequacy. I felt lonely, burdened, tired, and even aggravated because I didn't feel like I was getting everything done in the way and time that I wanted to. I was burnt out. 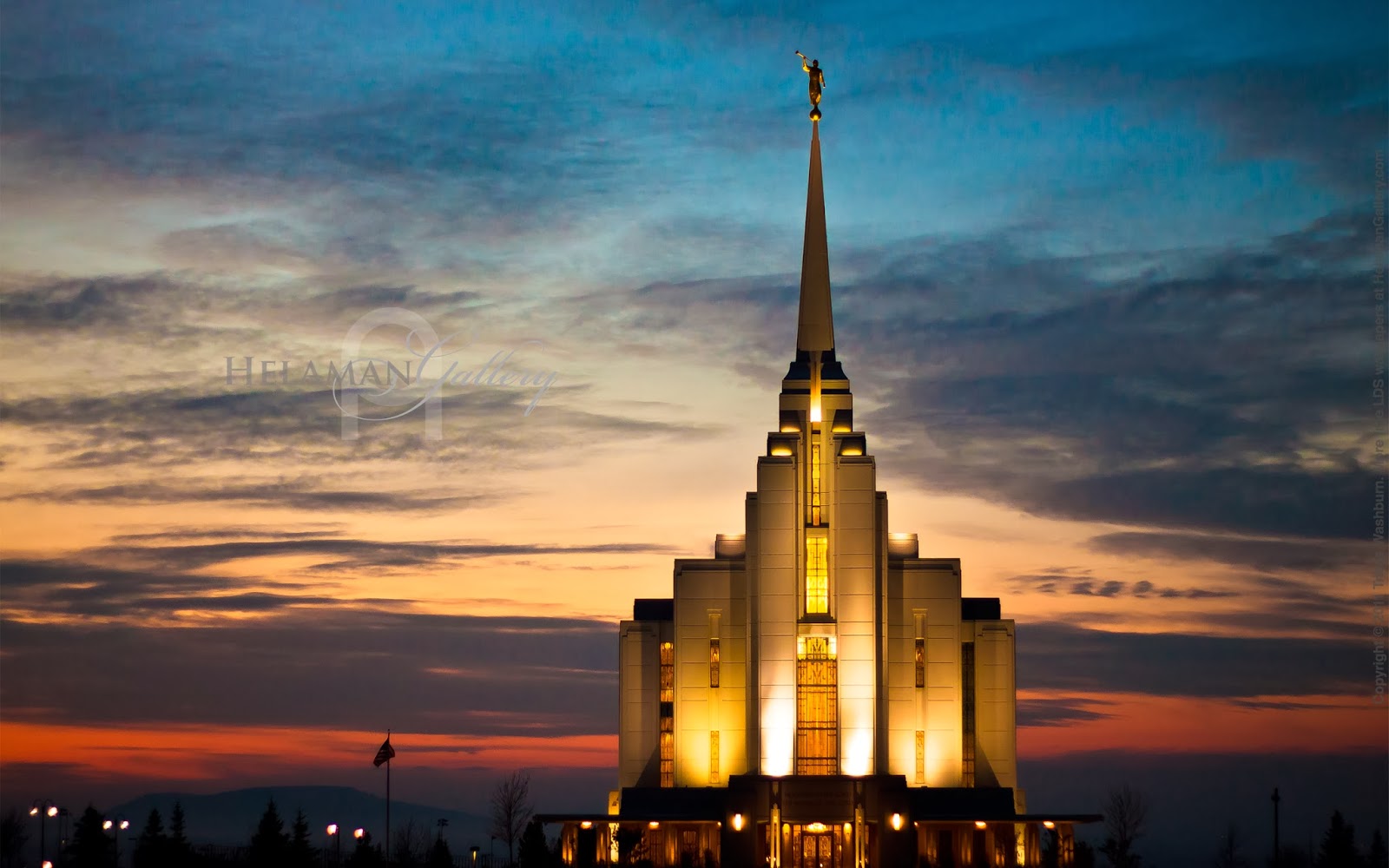 And so I woke up this morning, deciding that I would do just that. After grabbing a bite to eat, getting dressed and studying the scriptures for a bit, I started my walk up to the temple. There are things that happened during and at the end of that walk that I feel have great lessons to teach me and perhaps another who may be reading this. One thing I noticed is that after just a little time had elapsed during my walk, the wind began to blow rather forcefully towards me, going the opposite direction of where I was headed. Now Rexburg being the windy city that it is, it shouldn't seem surprising. But it seemed as though it was all focused on blowing opposite to the direction that I was facing. How true is that in our own lives, when we are trying to get to the temple, or do anything good for that matter? How often does it seem that the winds and trials of life, even the wiles of the devil himself, are just throwing themselves against us, seemingly never letting up the whole journey there? Sure, there may be times when it ebbs and flows, but overall isn't that the case? And yet it is not completely unbearable.  In fact, it can be as simple as just continuing to walk on through, to keep moving, all the while keeping our focus on our end goal that is in sight. Indeed, just being able to view what the end has in store for us can make all of the hardship and effort worthwhile.

Another thing I found interesting was that when I first started heading to the temple, there was barely any wind resistance and it wasn't until I started the literally upward climb towards the temple that the winds started blowing. So often when we are starting out on a path to something good, everything can seem all well and honky-dory. And then when seemingly out of nowhere the trials start coming, and coming hard, it can be incredibly tempting to go with the flow of the wind and turn back towards the way we came. And yet that doesn't ever lead us to progress, and instead can fill us with feelings of failure and even guilt. We give up on ourselves and on the world and retreat back to what we knew before, never knowing the blessings and glory that we could have if we would just press on.

After pushing through, I finally got to the main entrance to the temple. And guess what? It was closed for maintenance. You can imagine my initial feelings of disappointment at not being able to enter. And yet was my spirit crushed? Was it not worth it? The answer is a resounding NO! Far from being defeated, I was able to sit and relax, to rest and enjoy the peace of the temple that one can feel even sitting in its outer courts. And what did I learn from this particular experience? That whether we are inside or outside, doing the work within its walls or keeping our covenants from day to day, the fact that the temple is a place of peace and rest never changes! Simply being able to sit on the grounds and walk around this holy house was able to give me a spiritual boost and reminder of God's love that I needed for this week. And perhaps even more important was the lesson that God must have known I needed to learn from walking to the temple.

Now I'm not saying that we shouldn't enter the temple when we can, or that merely sitting outside of it is enough to qualify for the blessings to be had in the house of God. But we can always rest assured in our testimonies that God's presence is there, that His love is real and is with us whenever we need it and as long as we are willing to ask for it and live our covenants so as to be able to feel that love more constantly and fully. God be thanked for the temples. God be thanked for the precious gift of His Divine Son, Jesus the Christ. I know He lives. How I love Him. How I need His help and grace every day of my life. I so testify and share this with all of you in the name of Jesus Christ, Amen.